Male infertility is due to low sperm production, abnormal sperm function or blockages that prevent the delivery of sperm.

What are the signs of male infertility?

The main sign of male infertility is the inability to conceive a child. In some cases, an original problem such as an inherited disorder, a hormonal imbalance, dilated veins around the testicle can be reasons.

Signs and symptoms associated with male infertility include:

Male infertility is a complex process. In order to a woman to get pregnant male must be able to;

To reduce healthy sperm; Initially, this involves the growth of the male reproductive organs during puberty. At least one of testicles must be functioning enough and body must produce testosterone to maintain sperm production.

Sperm must be carried into the semen; Once sperm are produced in the testicles, tubes transport them until they mix with semen and are ejaculated out of the penis.

There must be enough sperm in the semen; If the number of sperms in semen is low, it decreases sperm which will fertilize woman’s egg.

Sperm must be functional and able to move; If the movement or function sperm is abnormal, the sperm may not be able to reach woman’s egg.

Problems with male fertility can also be caused by medical treatments.

Varicocele; A varicocele is a swelling of the veins that drain the testicle. Although the exact reason is unknown, it may be related to abnormal testicular temperature regulation. Varicoceles result in reduced quality of the sperm. Treating the varicocele can improve sperm numbers and functioning.

Ejaculation issues; Reversing ejaculation occurs when semen enters the bladder during orgasm instead of developing out of the penis. Various health conditions can cause retrograde ejaculation, including diabetes, spinal injuries, medications, and surgery of the bladder, prostate or urethra. Some men with spinal cord injuries can’t ejaculate semen, even though they still produce sperm.

Hormone imbalances; Infertility can result from disorders of the testicles themselves or an abnormality affecting other hormonal systems including the hypothalamus, pituitary, thyroid and adrenal glands. Low testosterone and other hormonal problems have several possible underlying causes.

Celiac disease; A digestive disorder caused by sensitivity to gluten, celiac disease can cause male infertility.

What is the Micro Surgical Testicular Sperm Extraction (TESE ) and How It Treats  Male Infertility?

Micro Surgical Testicular Sperm Extraction is a surgical procedure used to save sperm from a male’s testes. It’s used for men with non-obstructive azoospermia, which is when a man cannot produce enough sperm to have a obvious amount in his semen — a common cause of male infertility.

The microTESE success rate is quite favourable for men. In fact, doctors can find sperm approximately 60 percent of the time during microTESE procedures.

Doctors will usually recommend microTESE in these cases:

How does the procedure take place?

The procedure is done under spinal anaesthesia. With minimal incursion. A very tiny volume of testicular tissue is removed from these vital areas and immediately examined under the microscope to identify individual sperms. Once enough sperms are obtained, the testes are closed with very fine sutures. The incision is then closed with dissolvable sutures. As it is a day-care procedure, the patient is usually allowed to go home on the same day. The patient is generally advised to use an ice pack for the first 24 hours. Any strong exercise, intercourse and masturbation should be avoided for few days after the procedure.

What Are The Benefits of Micro Surgical Testicular Sperm Extraction (TESE )?

Can you do TESE Operation More Than Once?

It is possible to do the operation second time for getting % 85-90 sperm quantity. But unless the underlying reasons are being found on the second attempt sperm percentage can be lower than the first time.

When Do We Need to Do The Second TESE Operation?

What are The Risks of TESE Operation?

The risk is no different than any other standard surgical operations. In order to prevent the risks;

Success rate of the TESE operation?

No matter the clinics conditions (experienced surgeon) affects the TESE success rateit is also the patient’s sperm quality which indicates the result. 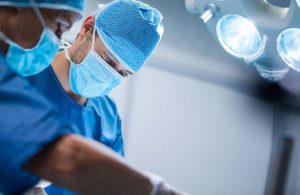